An issue highlighted by the recent Royal Commission into Aged Care Quality and Safety is the lack of systemic support for whistleblowers within the aged care system. In her overview of the Royal Commission’s Final Report: Care, Dignity and Respect, Commissioner Lynelle Briggs AO states:

“It is a sad fact that many older people, their families and care workers are reluctant to speak up about the quality and safety of care because of the fear of reprisal from providers or their staff members”.

Current problems in the sector

Commissioner Briggs speaks of the need to make more transparent the complaints process and to strengthen whistleblower protections, using the following witness statement from Gwenda Darling, who gave evidence at the Brisbane Hearing, as an example:

“After my first experience of having my service cut off by the provider after complaining, I’ve been a bit fearful that I could lose my package if I complain. The providers have a lot of power. I had to really fight hard to get my package reinstated. I felt hopeless and disempowered after that experience and it felt like there was no point raising issues or complaining.”

Similarly, an aged care nurse shared in a public submission to the Royal Commission that she had “learned over the years not to say anything for fear of repercussions from management”. Staff and consumers within an organisation may worry that they are in a vulnerable position, and therefore feel afraid to voice any concerns they have.

The Australian Medical Association submitted to the Royal Commission that legislated safeguards may help employees to speak up, which may “lead to earlier identification of concerns and to the improvement of services provided to older people in aged care”.

The Royal Commission, in its final report, ultimately recommends that a new Act be introduced, containing comprehensive whistleblower protections for all involved parties.

The new Act should contain comprehensive whistleblower protections for:

a)    a person receiving aged care, their family, carer, independent advocate or significant other

b)    an employee, officer, contractor, or member of the governing body of an approved provider

who makes a complaint or reports a suspected breach of the Quality Standards or another requirement of or under the Act.

What can providers do now?

While it will take some time before some of the Royal Commission’s recommendations are formally implemented, there is no reason that organisations cannot act early. In advance of changes to legislation, providers would still be well advised to implement internal best practice policies, which protect consumers, staff and families from reprisal when voicing concerns.

At a minimum, whistleblowing policies and procedures should comply with the Corporations Act 2001 (Cth), which contains certain protections for ‘eligible whistleblowers’. It is important that providers familiarise themselves with the Act, and are aware of their obligations under the Act. More information is available on the ASIC website.

In addition to the Corporations Act  whistleblowing regulations, providers could consider developing a whistleblower protection policy that is compliant with the propositions of the Royal Commission’s final report. Such a policy should:

Separately, providers should ensure their complaints management policies and processes are consumer-centred, and clearly state the protections in place for consumers, staff and family who seek to report concerns. There should be clear expectations that managerial staff will act ethically and will not target consumers, staff or family who make a complaint.

We have a number of whistleblowing resources on SPP that can assist you to achieve best practice in this space.

You can access these resources and many more in the SPP platform.

Sign up now
Linkedin
Envelope
More From Our Blog

The Royal Commission has recommended robust new governance requirements for aged care providers, to drive improvements in the quality and safety of care. 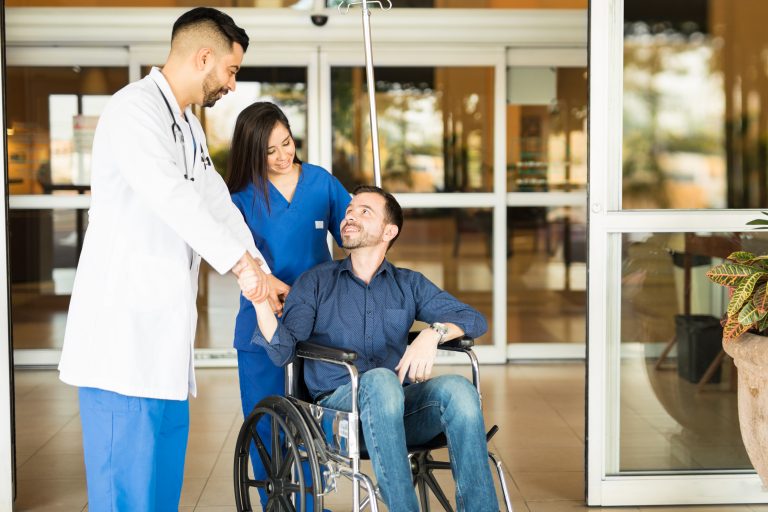 Continuity of care – managing client transition to and from hospital

Effectively managing transitions to and from hospital can play a key role in improving client outcomes.